Brand:
Coca-Cola
Agency: McCann
It takes two to tango. But what happens when Aamir Khan decides that eight is the way to go? Thanda happens, what else! Coca Cola’s thanda matlab Coca Cola campaign not only swayed millions of Indians, but also bagged an Effie Gold. Post campaign analysis indicates that for the first time Coke was able to beat its old rival Pepsi in a big way, improving the brand’s market share in key markets viz. Punjab, Delhi and UP.

For More IIPM Info, Visit below mentioned IIPM articles.
IIPM
IIPM Best B-school
IIPM only B-school in India to be Ranked Ahead of The IIMs in so Many Parameters! Regularly!
30 professors of international repute to IIPM
IIPM Global B-school
IIPM Alumni Officially on Facebook
IIPM Respected Business School

Posted by Surender at 2:07 PM No comments:

Brand: Pepsi
Agency: JWT
Pepsi established an immediate connect with its audience with the iconic Yeh Dil Maange More campaign, endorsed by a host of personalities ranging from popular film stars to cricketers like Tendulkar, Aamir Khan, Amitabh, Kajol, Rani, SRK, Remo Fernandes and more. The idea was not just to promote Pepsi but also evoke the aspirations of young Indians. The campaign enabled Pepsi to increase its brand value by 6%. Globally too, Pepsi’s brand value touched the phenomenal $11.8 billion mark. The slogan, ‘Yeh dil maange more!’ became such a rage that an Indian army major, after a crucial victory in the 1998 Kargil war famously shouted it while atop a snowy Himalayan tip. Reveals an industry insider, “Following this, Coca Cola, which had never roped in a star, got one for peddling Coke.”

Joining hands with the French auto giant Renault SA, Mahindra & Mahindra ambitiously launched Renault in May 2007, fuelling competition in the mid-size car market. A runaway success in the European market, Logan flopped in India. The car promised plenty at its launch, given the Rs.6-7 lakh price tag and diesel engine advantage. Although it got off to a promising start, Logan was not able to sustain the momentum. M&M had to scale back production by some 30-40%. The 50,000 units capacity Nashik facility, today rolls out just over 1,000 Logans monthly!

Posted by Surender at 1:11 PM No comments:

Where’s the passion in Indian fashion?

No doubt that fashion is a sunrise sector, but so far, the over-the-top glam quotient has only managed to leave behind glum faces in its wake. Glitzy models sashaying down the ramp with their tattooed bodies and skinny mannequins draped in sequined crêpe in store windows require huge investments. But Indian designers lack the corporate backing in terms of big sponsorships and licensing deals for that. Mumbai-based designer Rocky S attempts to explain why corporates shy away from Indian fashion houses. “If someone is investing in your business, he/she has full liability to know what exactly is happening with the money. We are still in a nascent stage to maintain such transparency,” he professes. Rocky adds that sighting the potential of corporate funding, many design houses are now starting to become more organised. “Some of us have now even begun to pay attention to financial audits,” he claims. On cue, corporate funding has also begun to happen in a small way. Textile house Raymond’s has launched a designer wear retail chain called ‘Be’ with Rohit Bal, Anshu Arora and others. Moreover, the inimitable Ritu Kumar has been designing wardrobes for all Miss India participants in international beauty pageants since 1994, with some winning awards for the most outstanding evening gown!

Is that enough for India Fashion Week (or Delhi Fashion Week) to become the fashion ‘Mecca’ of the world and steal the show from Milan which alone contributes 10% to the world’s fashion market? Market watchers do not seem to think so. Especially with the present unstructured and unorganised nature of the industry, they feel that the projected 2012 is too short a time for India to become the world’s fashion capital. Fact is, they say, that India’s designer fraternity is still wary of corporate alliances and hesitates in seeking expert financial advice. Key posts within any fashion house are still occupied by close friends and family members. “Compared to the foreign market, we have still not been able to create a very structured and organised market in India for designer wear. Designers like Tarun Tahiliani and Satya Paul have started focusing on the local market with their retail stores, but we are still lagging behind from the retail perspective,” admits Sumeet Nair, Managing Director of Fashion Foundation of India.

Acquiring professional management teams is therefore fast becoming a priority for Indian designers who want to match the standards set by their global peers. The beautiful Ritu Beri for one has already begun corporatising her set-up. Her team today boasts of separate vice presidents for sales, purchase, quality and finance; an art she perhaps learnt during her year’s stint (in 2002) as head of French fashion house Scherrer’s ready-to-wear line. On the other hand, designers like Satya Paul – who have already tasted success in India’s premium mass-market, are roping in Genesis Colors Pvt. Ltd. to handle financial and logistics related issues.

Despite the baby-steps being taken by India’s fashion fraternity to professionalise their operations, too many one-man-shows, glamorous PR plugs and Page 3 pictures abound. Sure, the talent is there and the creativity simply wows. But to make for a globally acclaimed brand and financially sound sustainable business, the trickle of corporate influence on India’s fashion design glitterati must turn at least into a tide (if not a flood) for any indelible prints to be left on the industry. Who knows, Kate Winslet may yet wear a Ritu Beri to the Oscar night! Read more 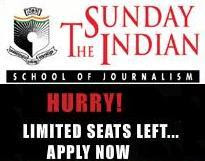